Today has been rough as it is 3 years that I was forced to say goodbye to my beautiful daughter who brought so much joy and happiness to not only to my life but so many others. I began the day with millions of tears and even questioned whether I was going to be strong enough to follow through with all the kindness acts we had planned today. I continued to fight hard to push through. Honestly it was harder than I thought it would be to focus on the positive without letting my pain devour me.  I am blessed to know that I have some of the most amazing friends who went above and beyond to honor Sydney today. Sydney’s friends were out and about as well and two stopped by to check on us as we were leaving for our adventures so we brought them along. We filled Bryan College Station with so much of Sydney love. We had purchased gift cards to chick fil a Walmart Jj’s snow cones and McDonald’s to hand out along with balloons to children and roses because who doesn’t love flowers. I loved seeing the three teenage boys walk up to hard working nurses and hand them a rose and a gift card. We brought cookies and brownies to a few College Station Fire Stations and delivered some gift cards to The Bryan Police Station. It brought tears to my eyes to stop by and thank Shelly Carly and Holden for the creative lemonade stand. It truly blew me away. I ended my day by stopping by to tell a young boy (who has seen so much suffering himself) know how much I think about and pray for him. I wanted to encourage him and let him know that he is an amazing little boy. I got to bless him with a signed Astro’s ball thanks to Shelly Janac and Riley Ferrell and a superman shirt (with a cape) and a gift card to his favorite restraunt. I’m ending my day forever missing my beautiful girl but knowing she continue to love and touch people today thanks to everyone who stepped out to love someone because of the love Sydney so freely gave. 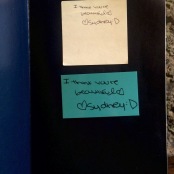 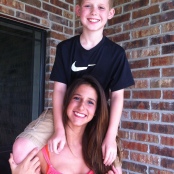 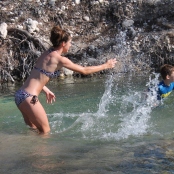 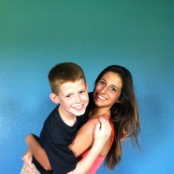 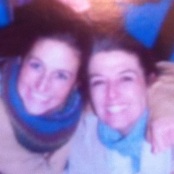 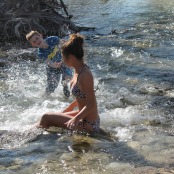 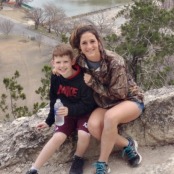 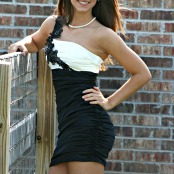 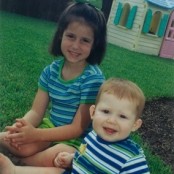 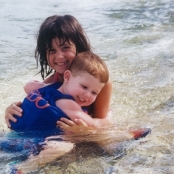 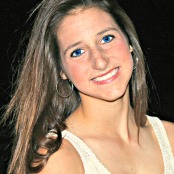